Quest, adventure, journey. Although these three concepts share many similarities, a quest is typically differentiated as having a clear goal; an adventure is one where the destination is ambiguous and more often absent. A journey, where the process is valued, is what I feel most
accurately depicts my JA experience.

As most public-school students, I was rarely subjected to public speaking and critical thinking. However, I was always interested in the workings of an entrepreneur despite my shyness and so naturally I was drawn to the YE program. I won’t say that I was sure of my decision from the
first meeting as in fact I wasn’t. The fact that I was surrounded by so many peers who were much more outgoing truly intimidated me. Thus, I settled with the position of Finance Director albeit having a keen interest in the marketing department.

Countless times, during our earlier months as a team, there were countless conflicts and arguments. And, it was also during those times that I felt that I did not belong. In more ways than one, I felt like I did not have anything to bring to the table. In addition to that, the lack of support from our corporate sponsors left me rather confused at times and left us second-guessing. In hindsight, this also allowed me and us as a team to be more independent on our workings. Nonetheless, I am always thankful to those who supported me and lifted me from the depths of my despair, the same team that I was at times resentful of. They gave me confidence and helped me see my contributions major and minor alike. I will also be eternally grateful to my managing director, Aliya, for suggesting that I be a part of the interview session and our teacher advisor, Puan Zaida. Their confidence in me was the reason I was able to satiate my hidden urge to be more involved in the external affairs of a company.

Ultimately, we won the Best Company of the Year award which was a huge shock to our company especially us four who went for the interview. Our victory was also accompanied by the fanciest gala hosted by EY. The few months leading up to the Asia Pacific COY competition in the Philippines, we were swamped with developing and innovating our new product, Safe and Sound, an alarm based device that could be used by the user to alert people nearby during a crisis. In the Philippines, I was definitely intimidated by the ‘big guns’ that the teams from other countries had brought. On the bright side, I gained a lot of insight on world trends which were products based on sustainability which still had not garnered widespread attention by Malaysians. Despite this, our humble hand-designed pendants and Safe and Sounds were much appreciated by everyday Filipinos and even tourists and we sold out! The trip to the Philippines not only aided me in establishing new connections but also lifelong friends from all over the world. Our active Whatsapp group is a testament to that.

To summarise my whole rollercoaster of a JA experience, I would like to share three words: exhilarating, frightening and lastly rewarding. 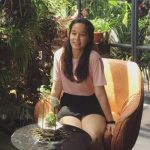 Welcome to JA Malaysia Mall - an e-commerce platform for Young Enterprise Program, powered by Junior Achievement Malaysia! Products are fully developed by secondary school students in Malaysia. Products and online stores are managed by secondary school students. You agree with JAMall's terms and conditions if you proceed with activities on this site. Kindly use the desktop version for better user experience. Dismiss